FORMER NAVY SEAL JEFF AND HIS WIFE JERI'S JOURNEY FOR SELF RELIANCE WHILE LIVING IN THE ALASKAN BACKCOUNTRY.

SEE WHAT IT TAKES TO TELL UNFORGETTABLE STORIES WITH A TEAM OF UNCONVENTIONAL, AGILE AND DRIVEN CONTENT CREATORS.

AN IMMERSIVE MINI-SERIES WITH AMERICA'S MOST BADASS GARAGE.
Watch Now

HANDS HARD AT WORK AND THE GLOVES THAT PROTECT THEM.
Watch Now

FIND OUT WHAT MODERN LAW ENFORCEMENT IS REALLY ABOUT.
Watch Now

'Inside the Blue Line' - An IRONCLAD Original

Here's a look at the new Ironclad original series, in collaboration with 511 Tactical and SIG Sauer, dedicated to showing an authentic look at modern law enforcement.

Head to http://www.insideblueline.com for more.

Be sure to subscribe to The Ironclad Podcast: https://podcasts.apple.com/us/podcast...

FOLLOW FOUR SPECIAL OPERATIONS VETERANS WHO ARE TAKING THEIR EXPERIENCE, TRAINING, AND GEAR TO THE NEXT LEVEL.
Watch Now

AN ORIGINAL SERIES BASED ON THE TRUE STORIES OF AMERICA’S MOST ELITE SOLDIERS.

FORMER NAVY SEAL JEFF AND HIS WIFE JERI'S JOURNEY FOR SELF RELIANCE WHILE LIVING IN THE ALASKAN BACKCOUNTRY.

The idea of “challenge” means more to Jeff and Jeri. Jeff, a former Navy SEAL and profession dog musher, and Jeri, a physician's assistant, moved their family to the wilds of Alaska to become modern homesteaders. Now, it’s time to see what it takes to truly live a sustainable lifestyle.

With the competitive sledding season over, it’s time to head north for a Caribou hunt, the first of many adventures aimed at stocking the Reid’s homestead for the year ahead. We’ll join Jeff, Jeri and their team of dogs as they head north in pursuit of the Porcupine Caribou herd along the Sag River in northern Alaska. This mini-series will focus on the preparation, the voyage, the hunt, and the many other tasks, surprises, and adventures that come with living a life of self reliance.

SEE WHAT IT TAKES TO TELL UNFORGETTABLE STORIES WITH A TEAM OF UNCONVENTIONAL, AGILE AND DRIVEN CONTENT CREATORS.

Join this crew of innovative creatives and see what it takes to tell the stories of exceptional human beings and boundary-pushing brands. Each episode takes viewers to the IRONCLAD Creative Compound and sets around the world, accompanied by the colorful personalities and unique skill-sets of the team behind the content.

Embark on wild road-trips, push new limits, and along the way viewers will learn the ins and outs of content creation across a variety of mediums as they unfold in real-time.

Each episode will take viewers through a production from start to finish, culminating with a creative reveal. The episodes will also feature longer running sub-plots increasing opportunities for break-out content and deeper storytelling throughout the series.

AN IMMERSIVE MINI-SERIES WITH AMERICA'S MOST BADASS GARAGE.

As challenges continue to mount and one of the most popular automotive events in the country gets canceled, the Roadster Shop crew steps up to the challenge with a creative once-in-a-lifetime kind of solution. Known best for setting the bar in everything they do, their latest endeavor will be no exception. A camera crew will follow the Roadster Shop team, their customers, and partners as they embark on a seven day journey along the southeast coast, all the way to the Keys. Beautiful scenery, famous landmarks and automotive facilities, and badass cars will leave viewers in awe while adventurous (and sometimes truly wild) stops along the way keep the energy at full-throttle.

Paired with traditional and on-the-fly interviews from team members and other key people, the moments captured on film of this unique road trip will give a glimpse into the lifestyle and business Roadster Shop has built through grit, innovation, and hard work. Individual episodes will be built around each day of the trip or around key locations and activities. This mini-series will continue to raise the bar and set the tone for the industry as a whole - Roadster Shop style.

IRONCLAD has partnered with best-selling author Jack Carr to create these trailers for each installment of the Terminal List series. The action series follows the adventures of James Reece, a Navy SEAL who becomes embroiled in the world of conspiracies, international espionage and revenge.

Film meets documentary in each episode of the No-Fail Mission series. Viewers will be immersed in a re-telling of an authentic high stakes scenario from one of Blackhawk’s Ambassadors, featuring Andy Stumpf, Travis Kennedy and Tony Sentmanat, all while learning why great gear is a non-negotiable.

HANDS HARD AT WORK AND THE GLOVES THAT PROTECT THEM.

Launched in 2018 and running since, IRONCLAD and Mechanix Wear partnered to produce the United We Work series - a grassroots documentary-style series that peers into the daily routines of hardworking Americans across a range of trades and industries. This industry-leading series features character-driven, authentic stories with subtle product placement throughout, further cementing the Mechanix Wear brand in the hearts and minds of the audience as the protector of the world’s hands that are hard at work.

Up close and personal in the grit, dirt, grease, and mud - the lifestyle of craftsmen and women comes to life through their unique stories.

FIND OUT WHAT MODERN LAW ENFORCEMENT IS REALLY ABOUT.

Get an exclusive behind the scenes look at the lives of real life police officers. Made in partnership with SIG SAUER and 5.11, Inside the Blue Line follows members of the Manchester Police Department giving viewers an unprecedented look at modern law enforcement, the challenges officers face, and the community they aim to serve and protect.

FOLLOW FOUR SPECIAL OPERATIONS VETERANS WHO ARE TAKING THEIR EXPERIENCE, TRAINING, AND GEAR TO THE NEXT LEVEL.

After retiring from military service, best-selling author Jack Carr, homesteader and dog musher Jeff Reid, entrepeurneur Nick Koumalatsos, and blade maker Andrew Arrabito have carved new paths for themselves and their families, pursuing their passions -- while still pushing every boundary.

In this IRONCLAD original series, meet these top-tier veterans, as they take you on crazy adventures in exotic locations, find out what makes them tick, and, learn how you too, can push yourself beyond what you thought was possible.

AN ORIGINAL SERIES BASED ON THE TRUE STORIES OF AMERICA’S MOST ELITE SOLDIERS.

Executive Producer and Army special forces veteran Gavin McCulley, tells the true stories of 12 men—the Army’s finest Green Beret’s—and the primary unit that makes them who they are: ODA (Operational Detachment Alpha) 7321. IRONCLAD partnered with McCulley to create this trailer for the upcoming scripted series that provides a contemporary and realistic portrayal of the Army’s Special Forces – America’s elite diplomat warriors. 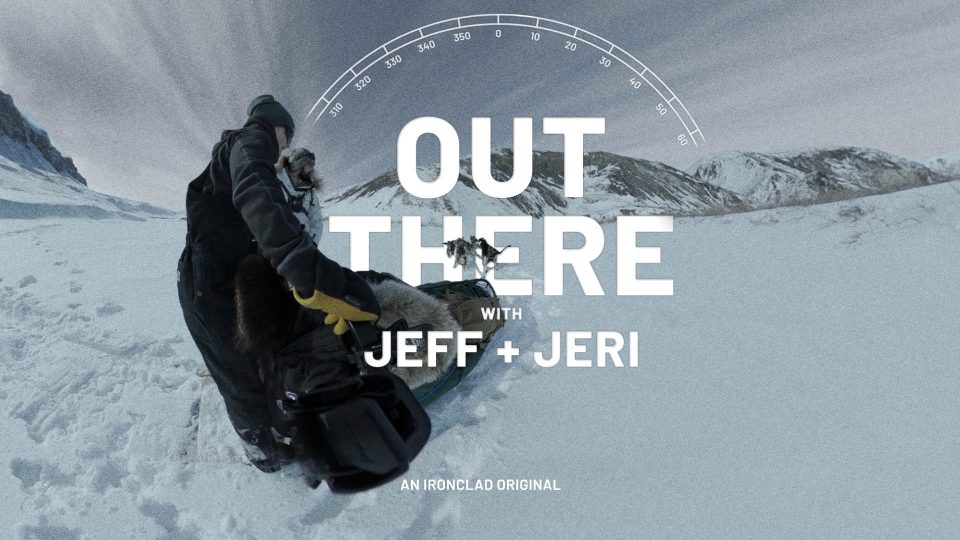 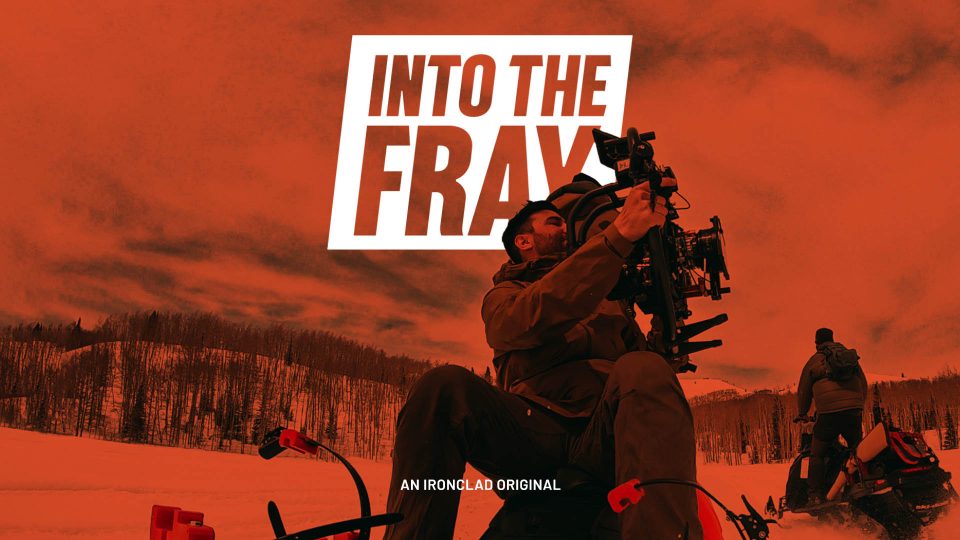 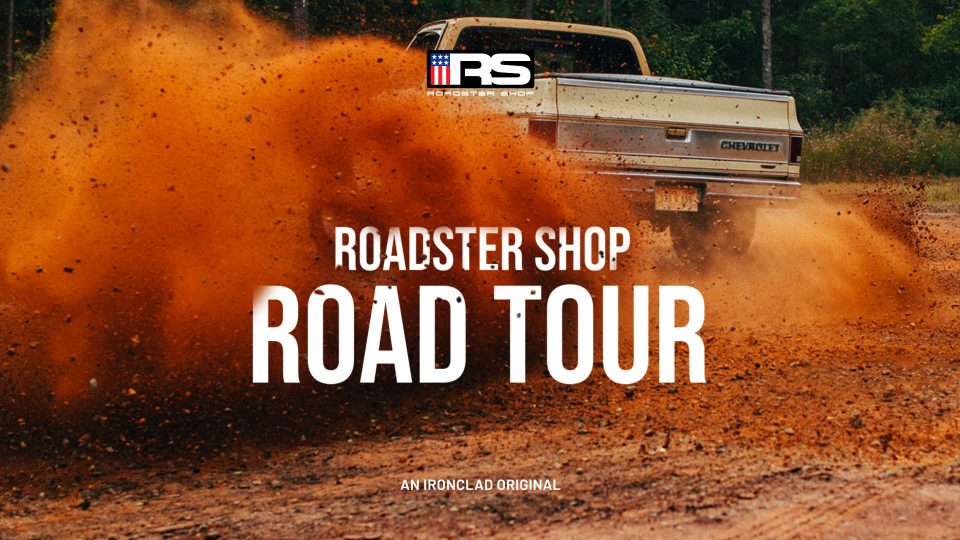 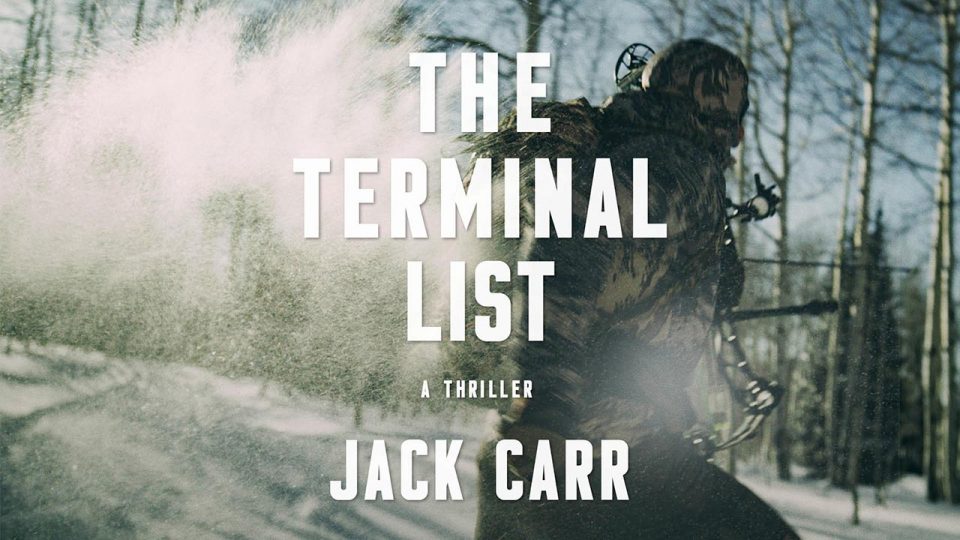 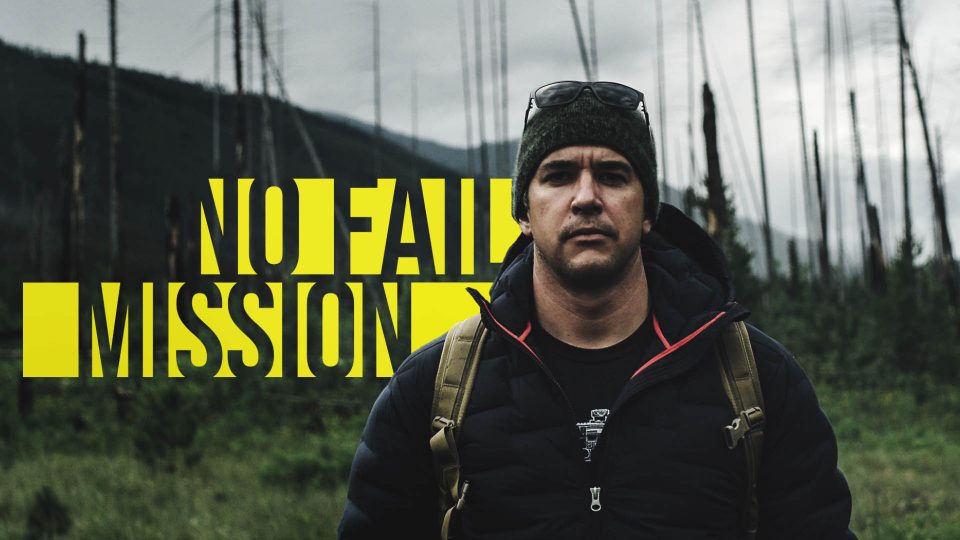 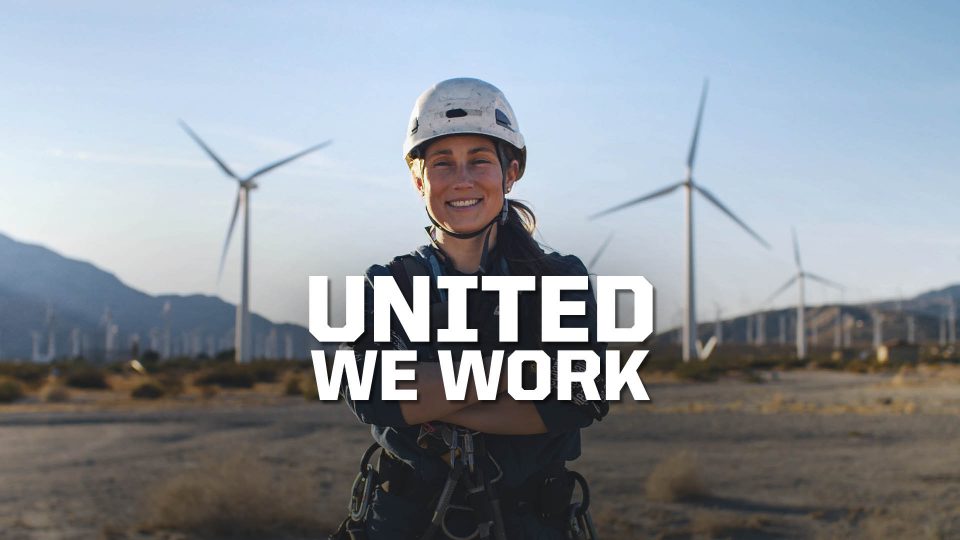 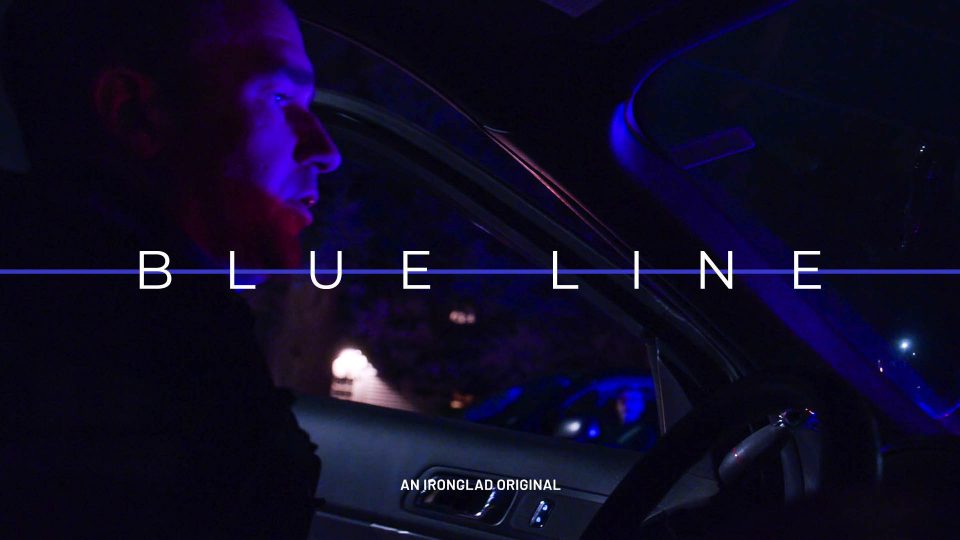 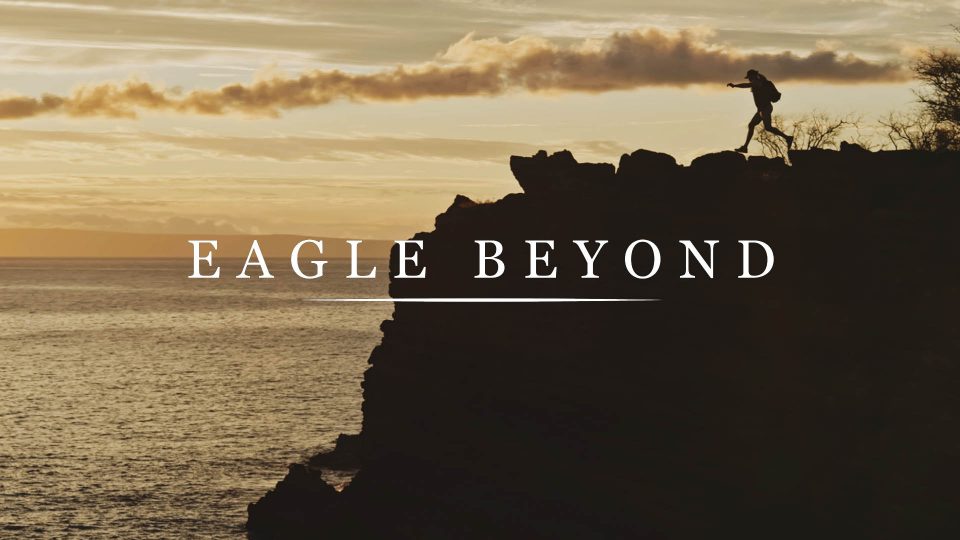 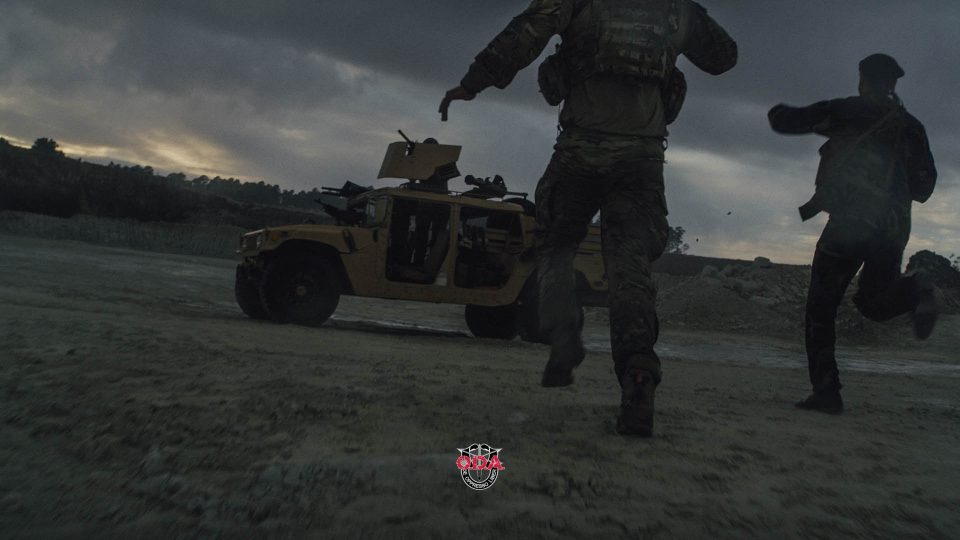